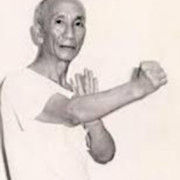 Ip Man 葉問 One Against Many Part 2

Ip Man 葉問 reacted as any father, who seeing someone spill hot liquid on his five year old son face would react. Ip Chun 葉準 could have been very badly burnt! Ip Man right the way took out his handkerchief to clear up the soup on his son Ip Chun’s face, made sure he was all right, then Ip Man said to the man holding the big bowl of soup, “You must be careful! You have split soup on my son’s face!” The man did not apologise, he just shrugged and said, “This could happen in a crowd.” This made Ip Man angry. Every parent loves their children and will protect them no matter what happens. This incident had caused a scene and now everyone was watching. The man acted tough and would not say sorry, he also had a few friends with him and they liked to bully those around them. Ip Man realised they must be a local gang, but Ip Man had a hero’s heart and he felt he must defend those people being victimised. Ip Man did not back down and so the man and his gang started shouting and gathered around Ip Man. Ip Man counted five men, but he decided to hold back, as his five year old son was with him. If they were going to fight, he would not be able to look after Ip Chun. So Ip Man waited until the ferry had docked at the pier and the passengers started to get off the boat.