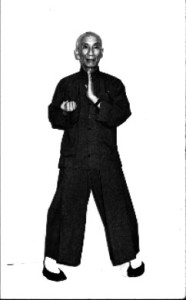 When Ip Man was 17 year old, his older sister suggested he should go to Hong Kong to continue his education. So for the first time Ip Man left Foshan and went to study at St Stephen’s College in Hong Kong. At college he met another boy named Fung and they got on very well and became good friends. Fung was also from Foshan and his family had a trading business.

They both liked to go out and play ball and they had their favourite place go to play ball. One day they went to their usual place to play ball with a group of friends, but something was going on there and so they had to find somewhere else to play. They found another place, but there were some rough looking youths hanging about and playing ball to control the whole area. Fung was afraid, but Ip Man told him not to worry about them and so they began to play ball. However the rough youths began to cause trouble and then started to attack Fung and the other school mates. Ip Man used his Wing Chun skill to beat the trouble makers who then left. From then on Ip Man become very well-known both at school and the surrounding area.