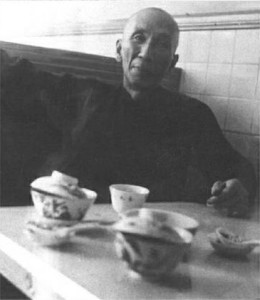 Leung Bik did not just Chi Sau with Ip Man he also explained every single hand technique to Ip Man, but he also let him find out by himself how to correct his hand skills. This is because there is more to a hand skill than position, he needed to know how to use the energy and strength. As Ip Man’s Wing Chun forms were slightly different to Leung Bik’s, Leung Bik demonstrated them to him. Ip Man asked, “Why are our hand forms slightly different even though they come from the same teacher?” Leung Bik smiled, and asked Ip Man to follow him. They both walked out into the garden and Leung Bik pointed at a tree and said, “What do you see on this tree?” Ip Man scratched his head and puzzled, “Nothing, it is just a normal tree.” Leung Bik laughed, he found Ip Man interesting, and the said, “It is just normal tree but you see all the branches come from the same trunk, however they spread out in different directions and have different shapes. So it is natural to have different shapes, but all the branches have the same elements and inside they are the same. So they will never become a different kind of branch from a different tree.”

Leung Bik continued, “We are all different, but we are all the same in certain ways. Forms just help us to develop the skill and train the internal body. We do not need many and they do not need to be long. My father told me if anyone can combine these three forms into one form, of course without losing the essence of one Wing Chun technique, then that person is a high level Wing Chun practitioner.”