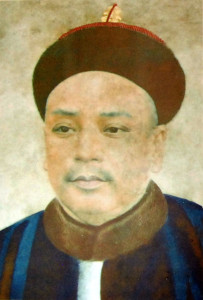 After studying with Uncle Leung Bik for six months, Ip Man treated him as his Sifu. Although Chan Wah Shun was his Sifu, Ip Man was only 12 years old when he studied with him, and Chan Wah Shun was already old. Most of the time Ip Man studied with his Sihing Ng Chun So師兄吴仲素 but at that time he was too young to really understand the Wing Chun skill. Now Ip Man had experienced and learnt from one of the best, his Sigong’s eldest son Leung Bik. Although Ip Man still called Leung Bik uncle, inside his heart he was his Sifu. Later when Ip Man addressed him to his students he called him Leung Bik Gong梁璧公

Leung Bik had opened all the traditional Wing Chun skill to him and not asked for one penny. When teaching him one to one, he pointed out his mistakes and curved them. Ip Man could have an open conversation with him and he just answered all his questions.

Now finally Leung Bik was returning to Foshan. Ip Man would stay in Hong Kong and continue his education. Ip Man had to say goodbye, but he could not say anything to thank Leung Bik enough. Leung Bik had taught and educated him to be better and think wider. When Ip Man said goodbye, Leung Bik just smiled, patted him on the shoulder and said, “Keep practising, keep thinking.” Ip Man told him that when he returned to Foshan himself, he would come and find him. Then Leung Bik left. Unfortunately, that was the last time Ip Man saw him. When Ip Man did return to Foshan, Leung Bik was nowhere to be found.