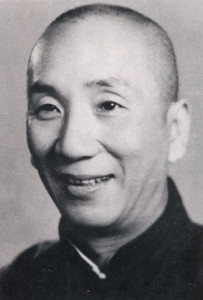 There have been three Ip Man movies in which Donnie Yen has played the role of Grandmaster Ip Man. He did very well playing this role and these movies have created a lot of interest in Wing Chun and Ip Man has become a hero for many people.

Ip Man is my Sigong師公 (Grand Teacher) and has been one of my heroes decades before the movies were made. Sigong liked to keep a low profile and so did not draw attention to himself and so his nature was how we see it in the movies.

There are many stories about Grandmaster Ip Man. One famous story tells how one morning Sigong went to a Chinese restaurant for Dim Sum Breakfast. This is quite common and most Cantonese people will go for morning Yum Cha (having Chinese tea and Dim Sum for breakfast). Also many people would buy a newspaper to read while they drank good tea and ate Dim Sum. So Grandmaster Ip Man went to buy his newspaper and as he moved forward to pick up his paper he felt a hand passing over his shoulder and reaching past to pinch the fountain pen he had in his top pocket. This was quite a valuable pen, especially in the 1960’s. Ip Man’s Wing Chun skill was very high and so he was very sensitive. Before the thief had a chance reach the pen, Ip Man had already lifted his leg and kicked the thief across the road and continued on this way to the restaurant for his Dim Sum. This Ip Man’s nature he made no big deal about it!