Wu Sau 護手 is the most important hand in Wing Chun and training.  Think about it, without Wu Sau during Chi Sau or fighting we will get hit all the time. 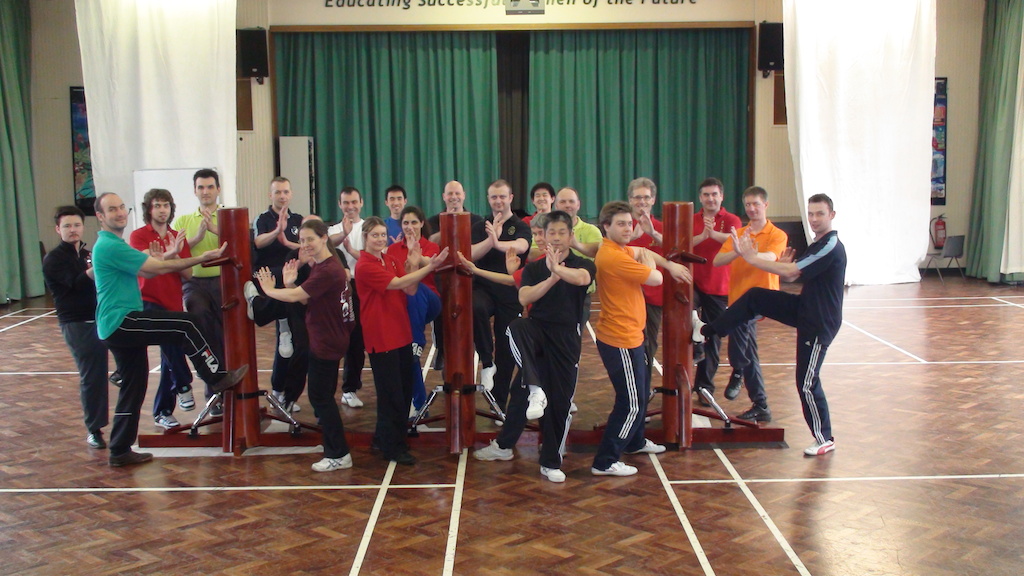 Wu means protect, Wu Sau means protecting hand. Wu Sau is our guard which protects our body, in particular the centre of the body, as without this any attack can come straight into a centre and even hit the face.  Then we are finished.  So when learning Wing Chun Wu Sau should be the first hand technique we learn, but many Sifu’s do not understand the value of using Wu Sau.  Some even do not know how to use only one hand when doing Chi Sau.  When we use one hand we can maintain the distance from our opponent and the Wu Sau must be in front of a chest.

The correct position of Wu Sau is, the outside edge of the palm faces the centre of our opponent.  Without an opponent the thumb edge of the palm faces our own centre, the elbow should be slightly out, and the rest should be a little bit firm as this is where the energy.  The thumb should be closed.  When the Wu Sau is close to the body there is should be no closer than two fists away from the body and the fingertips should be level with the chin.  However, we can also use Cheong Wu Sau長護手 (Long Wu Sau}.  Now the arm is more extended and the fingertips of the Wu Sau are level with your nose. Wu Sau protects the centre. If we turn to the side the centre will be different and so the position of the Wu Sau should also change to protect that area. Any attack which gets past the front hand, i.e. Taan Sau 攤手, Bong Sau 膀手, etc. the Wu Sau will come out to protect us. Also the Wu Sau can quickly change to Laap Sau擸手, Taan Sau攤手 into many different hands depending on the situation. Wu Sau is a protecting hand, but it can also change into an attacking hand.